There are a few Qigong Masters Melbourne or Qigong Sifu in Melbourne area.

There are a lot more Qigong Masters or Qigong Sifu all over Australia than you except. 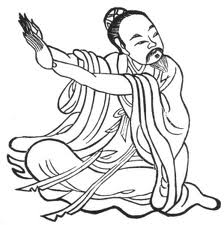 Anyone whether they are young or old can learn and practice Qigong. However to find a good Qigong Master or Sifu is difficult. It is because there are thousands of styles of QiGong practice by different Qigong masters or Sifu.

Soft Qigong styles are designed for general health and wellbeing and need to be practiced daily.

Hard Qigong is to go with WuShu and also need to be practice daily too. You can watch the Youtube clip on the homepage to understand what hard Qigong is.

To find out which Qigong Master suit you better. The way is to call and talk to the Qigong Master. You can call and chat to them to find out more about the Qigong they teach. You can call to ask your potential Qigong Master or Sifu questions about Qigong. You can ask such as what styles of Qigong they teach, for example Hard Qigong, Soft Qigong, general wellbeing Qigong or special purpose Qigong? What is their lineage? How long does it need to practice to see the result? Any particular area need to watch out such as diet, time of practice while practicing this style of Qigong? And so on. You can ask any question about Qigong as you are a potential student to them.

Qi Gong practice needs a routine set up and it is far more important to learn the movements and breathing rhythm correctly than to learn many qigong movements superficially.

Male Qigong Masters or sifu are dominant in Asia or in China.

The mainstream Qigong masters in Asia or in China are male. There are a few reasons behind. Traditionally, in China it is a patriarchal society. The Qigong techniques from a Qigong Master  passed to the sons and did not pass to the daughters. Most likely the Qigong master would pass techniques to the eldest son of the family to extend the lineage.

Secondly, the female, in the past was only to look after her husband and the children in the family. Female did not need to have a career.

Nowadays the society is changing. Male and female both can have a good career. So, that is why we can see some female Qigong Masters in Melbourne area and around the world today.

Our Qigong classes for men in Melbourne, due to its uniqueness, are taught by Male Qigong Teacher or Sifu.