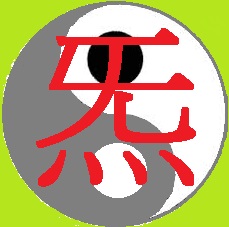 Qigong has long history in China. But it was not called Qigong before. What is Qi Gong anyway?

Qi is vital to life. Without Qi, there will be no life. So as Qigong translates in to English, it means “Function or Power of the Life Energy.”

In broader sense, any inhale and exhale is Qigong practice already but without cultivating the Qi. So when there were mankind, there were Qigong. Without Qi, we all cannot exist. With this in mind, Qigong history actually is very long.

However, if talking about the way or systematic Qigong history, According to the TCM (traditional Chinese medical) community, the origin of qigong is commonly attributed to the legendary Yellow Emperor (2696–2598 BCE) and the classic Huangdi Neijing (黃帝內經) book of internal medicine. Some translated as the Medical Book of the Yellow Emperor. The history of systematic or functional Qigong is over 4000 years old.

The way of Qigong is to cultivate and running the Qi in our body in a correct way.

In the early days, in Qigong history, there were many terms describe such Qigong activities:

Tui-na (吐吶) or “inhaling and exhaling”,

When Liu Gui-zheng in 1953, published a paper entitled “Practice On Qigong Therapy”, that the term Qigong (Chi Kung) was adopted as the popular name for this type of exercise system today and was supported by the government at the time.

There are a lot more styles of Qigong practice by people today!

The most important issue here is that we should practice Qigong daily to our own health benefit and well-being.

To read more about history of Qigong you can visit :https://en.wikipedia.org/wiki/Qigong_history